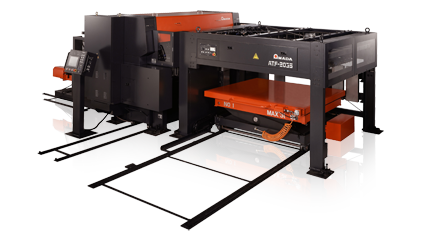 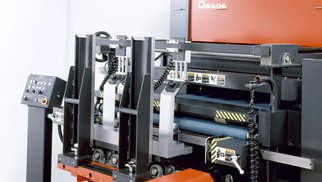 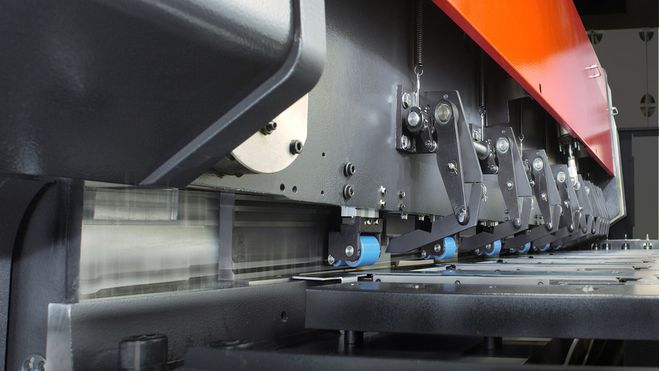 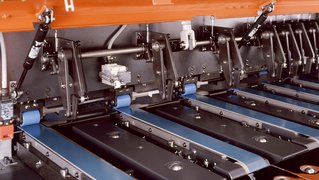 The system make use of a 6-axis robot which moves on a linear track along the whole length of the press and which can therefore be flexibly loaded and unloaded at different positions as required. Furthermore, the HG-1003 ARs also possess an extended back gauge system which AMADA has re-engineered to provide even greater precision. Instead of two, there are now three stops – two as before for adjusting the depth of the part and a third for lateral alignment. If required, automatic readjustments are performed immediately in both the X and the Y direction. In the case of the HG-1003 ARs, the two back gauges can be adjusted to different depths in the X direction to permit the precise machining of even asymmetric parts (Delta-X function). At the same time, the ability of the robots to achieve optimum positioning at the back gauge has also been enhanced. They can not only move parts forward and backward but can also rotate them once they have reached the stop in order to ensure the correct bending position.